The Laguna de Bávaro near Cabeza de Toro has opened as a tourist attraction managed by the local tourism cluster and the Ministry of Environment.

The 17 square km natural pool is in a wildlife refuge with 223 recorded native and endemic plant species, including four types of mangrove trees, 86 birds (eight of which are endemic to the island), five amphibians, 11 reptiles and several freshwater fish species.

This lagoon is surrounded by mangrove forests and lush tropical vegetation and is reached after a short walk through a rainforest trail.

One of the lagoon’s main attraction is a fish known as the “Higuey Cypronodon” which is unique to the region. Other species found in the lagoon include the fresh-water snapper and the tarpon. 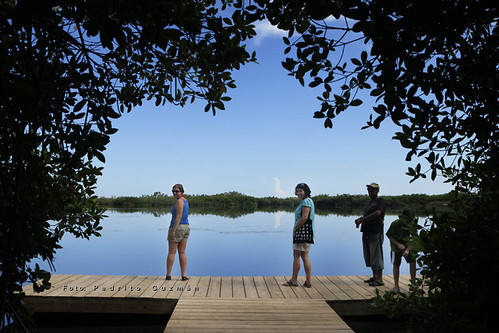